How to find a mosque/masjid in the UK 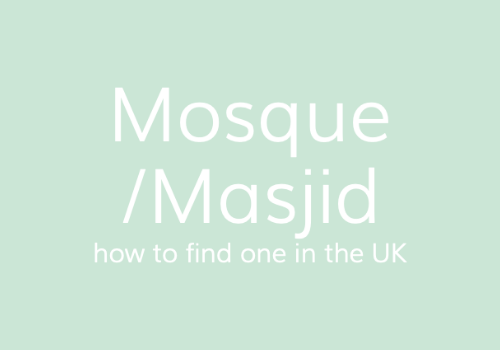 Islam is the second largest religion in the UK, with the Muslim community reaching some 2.8 million people.

Britain is home to one of the most diverse Muslim communities in the world. With such rich diversity, mosques/masjids and prayer rooms can be found in every corner of the country.

Muslim communities can be found across the UK, and are represented in all areas of British economic, cultural, political and working life. The NHS has a tradition of encouraging faith or religion to be expressed, with prayer rooms and chaplains provided in every trust across the UK.

The MuslimsInBritain.org website provides a directory of all UK and Ireland masjids/mosques, these are provided in list, Google Maps, satnav and smart-phone formats.

The website is intended primarily for people looking for a masjid when in an unfamiliar area. But you can use it to find your closest masjid/mosque.

You can also find excellent information on the British Muslim community from The Muslim Council of Britain.

Search and find live NHS doctor jobs in the UK

Don’t hesitate to get in touch using the buttons above (and below) to discuss doctor job options in the NHS, including discussions regarding CESR, a typical doctor salary in the UK and the most suitable NHS jobs & hospital locations for you.

Upload from your computer or phone.

So we can help find the best post
for you.

Click below to join our communities
on social media.

Send Us Your CV